A visionary entrepreneur: Brigitte Vöster-Alber receives the Order of merit of Baden-Württemberg

Brigitte Vöster-Alber spent 52 years as Chief Executive Officer at the helm of GEZE, the door and window technology specialist. She directed the fortunes of the fifth-generation family business and steered it to its current size. On 23 July 2021, she has received the Order of Merit of Baden-Württemberg in recognition of her outstanding entrepreneurial achievements as well as her social and cultural commitment.

With empathy, modesty and the courage to succeed

At the ceremony in Stuttgart’s Neues Schloss (New Palace), Minister-President Winfried Kretschmann praised Vöster-Alber’s professional achievements, describing her as a "visionary entrepreneur". With empathy, modesty and the courage to make key decisions, she has made GEZE a successful and future-proof family business. Under her leadership, the company has thus grown continually and organically. Her prudent economic actions have guaranteed as much independence as possible, and still ensure the company's growth from its own resources today. This has helped, and continues to help, the business to survive economically difficult times. As a working mother, she was a role model for many women at a time when that was something of an exception.

Equally important to the head of the federal state is Brigitte Vöster-Alber’s commitment to the region. GEZE has made considerable investment here over the past ten years, putting 28.8 million into the new, ultra-modern development centre at the headquarters in Leonberg alone. At the opening of the development centre, Dr. Nicole Hoffmeister-Kraut, Minister of Economic Affairs, Labour and Housing in Baden-Württemberg, emphasised that GEZE is  "not just a showcase company for Baden-Württemberg", rather it is "also a successful global organisation that is expanding internationally, and at the same time strengthening its roots and its location in Germany with targeted investments."

Alongside her professional achievements, Minister-President Winfried Kretschmann also honoured Vöster-Alber’s commitment in the cultural and social field. As examples, the company supports the children’s charities the 'Olgäle-Stiftung für das kranke Kind' (Olgäle foundation for sick children) and 'Plan International'. GEZE also promotes art, culture, animal welfare and sport with regular donations. For example, the company has for many years also been supporting the Junges Schloss (Young Castle) children's museum in Stuttgart, and is an established partner of the German Masters top-class horse show through its sponsoring of the GEZE Prize. And it is not just GEZE that provides support: Brigitte Vöster-Alber also makes private annual donations to charities that are important to her. Because giving something back to people and to society, letting them share in the company's economic success in this way, is something that is close to Brigitte Vöster-Alber’s heart, and at the same time her duty. This mindset has now also been recognised in the form of the Order of Merit of Baden-Württemberg.

Brigitte Vöster-Alber spent 52 years at the helm of the family business before moving to the Supervisory Board on 1 January of this year. 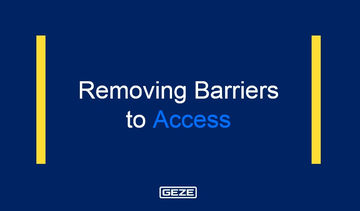 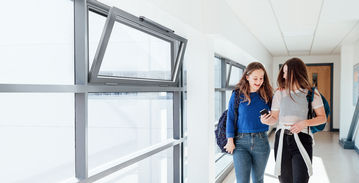 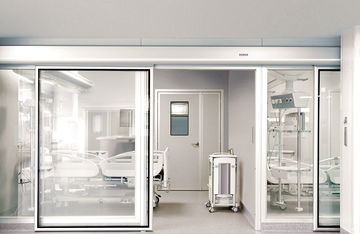 GEZE has launched ‘Helping Healthcare to Heal’ an initiative created to recognise that putting patients at the centre of hospital, clinic and doctors’ surgery building design can help in the process of healing and recovery.